Elastic potential energy is stored when the elastic band is wrapped around the axle. The more times the elastic band is wrapped around the axle the more potential energy there is. The axel is turned when the car is pulled backward. When released, the elastic band unwinds, thus making the axle and the wheels attached to the axle move as well. As the wheels move, most of the energy is transformed into kinetic energy, a very minute amount of the energy is transformed into thermal energy because of friction that is created when the axles and wheels turn. Once the elastic band has fully unwound, there is still momentum in the wheels as it carries further, so the car -itself- turns the axel in the opposite direction. When the car momentarily stops, as it catches itself, is the last part of where the potential energy is higher than the kinetic energy. The wheels catch themselves as the band won’t wrap itself any more around the axle. Thus the car is pulled back a little bit by the leftover kinetic energy.

I was successful in creating a product that is very effective, simple, and light. In the final product, there was almost no unnecessary weight to drag the car down. The cardboard in the final product is very light but very sturdy. There could possibly be more distance gained when the car moves, by the change in the length or type of elastic band chosen. An issue that arose while I made different prototypes was the rebound the car had; the car would go back after going forwards. In the final model, I was able to almost eliminate this through the usage of an elastic band rather than a rubber band.

There are some areas where I could improve this model. One is that the back left wheel (at the beginning of the video, the wheel that is fully in view in the top right corner) is wobbly, and not well connected. The connection between the wheels and the car should be stronger. A stronger base would probably be better too, as it would deduct the possibility of being broken. More time to hopefully be able to take out the rebound would have been better to make this product more efficient. I could have also made a top for this car, so it looks better and visual aesthetic for children.

If it were to be sold to a child though, it wouldn’t be as cool, flashy, or as small as other toy cars. But if it were in a pack in which the child would create the car I think it would do better, as it is very simple and straight forward. I believe that a child would also take more care of a toy and enjoy the toy longer, especially if they made it themselves, this is speaking from my own experience as a child.

Environmentally this would probably be sustainable, there are all kinds of different options one can choose to use to replace certain parts of the car. Most of the parts are very common and can be from recycled items. Also, this car doesn’t use any electrical energy, thus not producing any unwanted pollution. I would say though, that the wheels used to create the car, would be the hardest part for one to replace or use, as bottle caps aren’t very good as wheels. Overall this car is very versatile with the parts that are used to create it is very unique.

If this product was to be further I think that it would have a positive impact on the clients as when they begin building the cart, they would probably try out different methods and see how it changes the results of the cart. Along with the fact that the basic design is very simple, a lot of creativity is allowed for the kids to add on what they want. Overall I think that this would be a very good and fun opportunity for young children to try out and play around with the car.

From the previous trials, I came to the conclusion that possibly it was the result of the wheels not being good enough. I put in small wheels that had traction, were bigger, and actually meant to be used in this sense. I also thought, that if small metal rods that would be used to connect the wheels would run more efficiently as there would be less friction between the metal and the straw. This idea did not work as the rubber band had no grip on the metal rod. Even with glue, the grip was very weak, which resulted in no movement.

I went back to using wooden skewers as the axle. I still used the rubber band to build up the tension. After getting some feedback from other people, I was able to come to the conclusion that the cart could go further. There was another issue that was brought to light: the car would go backward after it went forward. I was unsure of how to fix this issue, so I build a pulley system that would pull up when pulled back but would drop once the car began to move forward. This system was very complicated, fragile, and malfunctioning often. With time running out I decided to try a different approach to the issue. I asked my teacher who gave me the idea that possible it was the rubber band that was causing this issue. With this in mind, I decided to focus on the rubber band and how it dictated how the car moved.

I’m not one hundred percent sure of why the rubberband would continuously have the car go backward, but I came to the conclusion that there was so much tension that was built up in the band when released it created the force to pull the car forward. But often there was a lot of energy created so the momentum would keep the car moving forward, which would then rewind the band. Once the band would reach its limit it would propel the car backward. Though with this explanation I’m still confused as to why the first prototype (when the weights were added) did not go back as well. I think that it didn’t go backward because there wasn’t enough force or tension.

This prototype was more of an accident in the way that it came about. I was using a little bit of elastic band to push down a stopper in the pulley (from the third prototype.) When I began to fiddle with the elastic band, which gave me the idea that possibly the elastic band could replace the rubber band. I also made the skewer smaller so the wheels would be closer to the body. This prototype is the most efficient one, as it goes the furthest, the fastest and is very resilient.

This is a video that shows the prototypes that I created.

Final thoughts/Reflection: I think that the first prototype was a very naive approach to this project, as I only looked at three similar creations other people did. I don’t think though that it added much to the later on prototypes though. The second prototype was a better starting position than the first prototype. The third prototype by far was the most tedious on out of all the prototypes; it was very confusing, not well planned, very different than what my original plan was, and took a very long time to create despite there being no benefit of it. The fourth is what I would also like to consider as my final product as it is the most efficient prototype that I created in this time limit. I still think there are areas where I could do more though to improve it, I would need to do more research on what other people have done and compare the results. Also, I’m a little saddened by the fact that I was unable to create a top for the car.

-Rubber Bands (3 different types to see which is better)

-tape (duck tape) not sure about this one.

Models of the product: 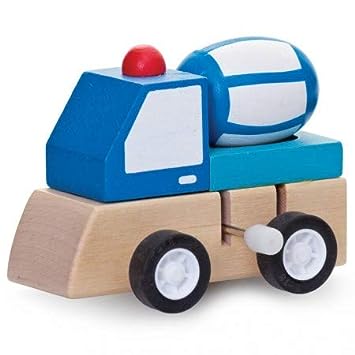 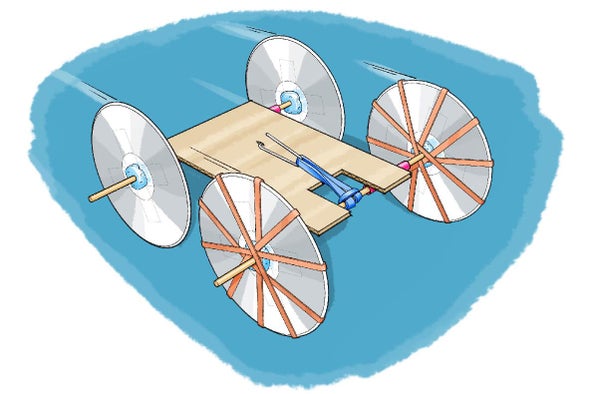