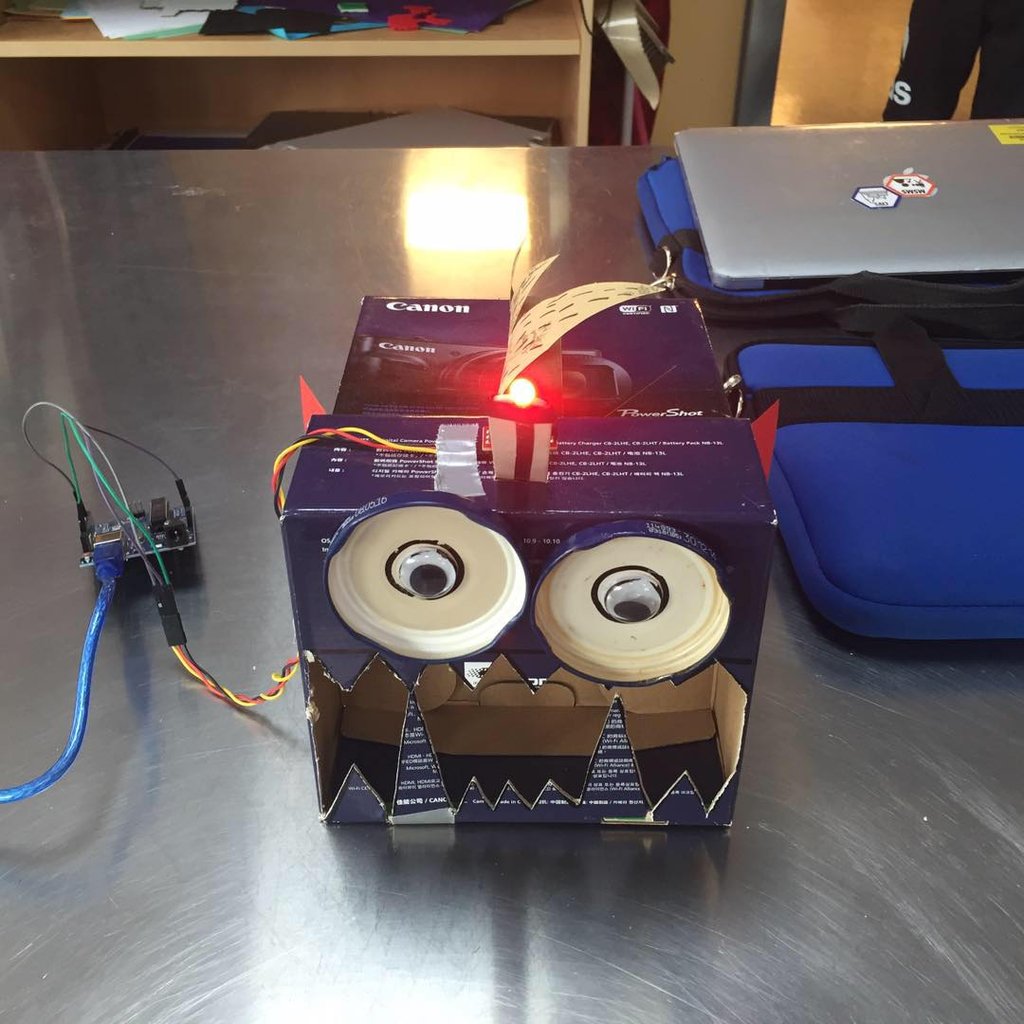 My biggest success was?

I believe my biggest success during this entire project was my utilization of time-management, as I thoughtfully planned out my entire process so that I would not run out of time. In the end, I was able to complete the project in time, and produce what I believe was a largely successful anglerfish-type robot.

My biggest obstacle was?

Due to my time-management skills, I do not believe I was presented with any problems regarding time, however, programming was a challenge for me, as I am not completely interested in coding, rather designing, thus I focused much of my time on designing. In the end, I was able to code a touch sensor that produced a large unsettling noise when touched, however, I do believe I could have put more effort into coding the robot.

One concern that was shared with me was?

As mentioned above, a concern that I had as well as one that was mentioned to me was that my robot was too design-centric, thus the robot lacked many features, which instantly reduced a child’s interest in the anglerfish I created.

If I did this again, one thing I would do differently is?

As stated in all of my previous responses, I believe that if I repeated this project again, I would have focused on programming a more interesting robot, instead of focusing on the overall design.