The prototypes are glue and non-newton fluid, they are both white and liquid. We tested them respectively, and the result is that glue doesn’t have a good protection skill, but non-newton fluid has, so we chose non-newton fluid. The next step is to determine how much water and how much corn starch should we use. We found out that the greater percent of corn starch in the non-newton fluid, the stronger and stiffer this polymer is, but we still need to put some water with corn starch because we need it to form non-newton fluid, and also make it be flexible and reversible, which could go back to its original shape once been punched. Later we found out that if corn starch is 80%, and water is 20%. the polymer we made will be the closest as what we expected. And from the observation, the color of the polymer is white, and it’s half liquid and half solid, and now we are testing whether it would dry out or not. 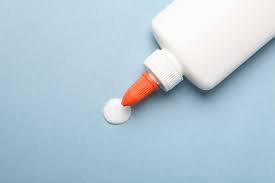 the picture above is glue