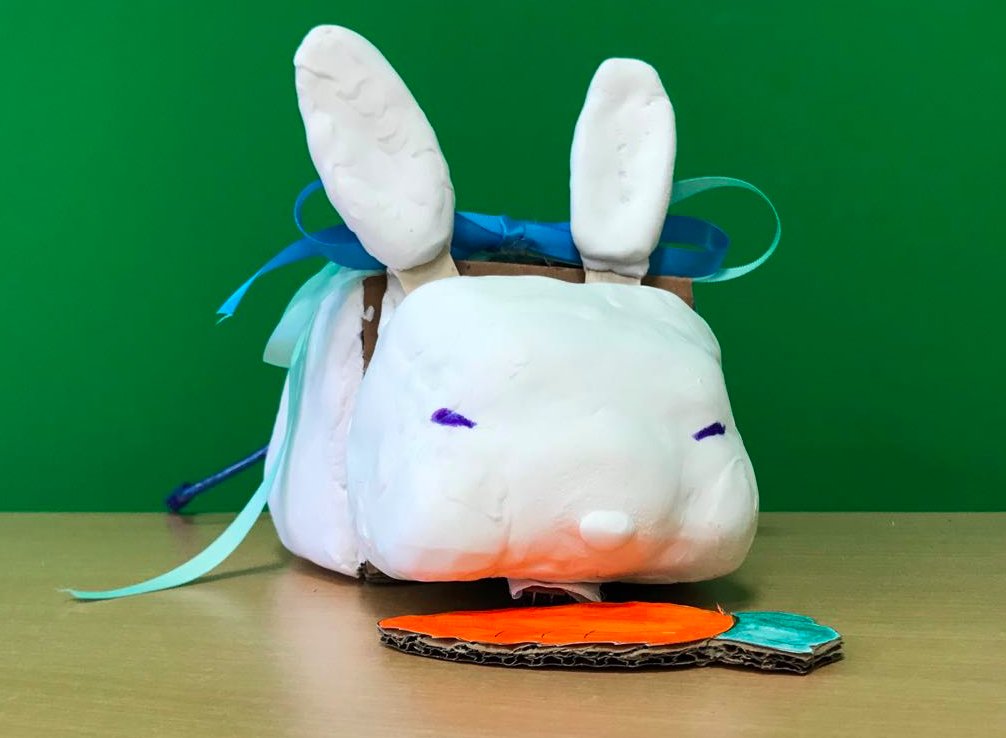 My most significant success was making the bunny work as we wanted to work. At first, Luisa and I tried to make the bunny move its ears around when someone touches the sensor. However, we thought of something better and replaced the touch sensor with a light sensor, and whenever a child pulls on the carrot, the sensor would touch the white surface of the table then move its ears.

Skills that a developed during the design process was learning how to code. I remember coding as something only very skilled people can do, and it’s challenging to a beginner like myself. But with Arduino, the process became much more comfortable, and I think I can code by myself now.

If I were to do the project again, one thing I would change is the size of the bunny. This was also a comment I got from one of my classmates. This is because when the children come into the classroom, most of the other animals were huge, therefore, noticing them more. Our bunny was too small and was barely noticed until they walk to where it was standing. It would be great if the rabbit were resized to match the other animal’s size.

This entry was posted in Design and tagged Design project, Petting zoo. Bookmark the permalink.