24 tributes, 1 survives. In the dystopian novel The Hunger Games, Suzanne Collins flawlessly characterized the protagonist, Katniss Everdeen, as a strong and responsible individual.

Katniss, the girl who was on fire, was seen as an impulsive and lethal contestant in the eyes of the capital; however, she’s actually a motherly character who always tries her best to protect her loved ones. “‘Katniss! Katniss!’ I can hear my name being called from all sides” (Collins 71). During the opening ceremony of the Games, Katniss attracted all the attention and admiration from the audience, outshining every other tribute with her burning outfit. “Without thinking, I pull an arrow from my quiver and send it straight at the Gamemakers’ table. I hear shouts of alarm as people stumble back. The arrow skewers the apple in the pig’s mouth and pins it to the wall behind it. Everyone stares at me with disbelief” (102). It was ridiculous to shoot an arrow towards people who are going to sponsor you, but while demonstrating her amazing shooting skills, Katniss was furious and shot without considering the consequences. “’Come on, let’s eat,’ I say and plant a quick kiss on the top of her head” (16). After the death of Katniss’ father, her mother couldn’t pull herself together, so she took the responsibility to take care of the Prim. When Prim was chosen as tribute, Katniss boldly sacrificed herself to replace Prim in entering the games, “’I volunteer!’ I gasp. ‘I volunteer as tribute!’” (22).

Katniss’ position and personality reminds me of Uchiha Itachi in the series Naruto by Masashi Kishimoto. Itachi had the talent in both ninjistu and genjistu, but he was later on forced into a mission to assassinate his brother, the person he loved the most. He just couldn’t do it. In order for his brother to live, he had to exile himself from the village he lived in his entire life, and bear the charge of treason. Both characters loves their family more than anything else and would risk their lives protecting it.

In Jennifer Donnelly’s Revolution, Andi is a teenager who was suffering from the loss of his little brother. As she was finding resources to write her essay, her dad took her to Paris and she found a diary in a hidden compartment of the guitar from the French revolution era. During this research, she met Virgil, and fell in love with him, and it was a hope for Andi.

Words can murder, scar someone for life, or bury them in guilt. Andi was supposed to be with her little brother while the accident happened. His father asked Andi again and again of when her brother died, and that put Andi in deep guilt and depression. “I play until my fingertips are raw. Until I rip a nail and bleed on the strings. Until my hands hurt so bad I forget my heart does” (Donnelly, 7). Even though his dad apologized for what he said, Andi’s heart has already been broken into pieces. She attempted to suicide at school, and also on the Eiffel Tower. “I see my brother. He’s not dead. He’s standing in the street, watching me. It can’t be. But it is” (Donnelly, 21). This left a deep scar in her life that cannot be fixed.

The French revolution was caused by the unfairness of the feudal system, which caused the outrage of the third estates. The commoners had to pay all the taxes, do most of the work, and had less rights than the Nobilities and the clergy. So the angry commoners formed their own national assembly, and brought injustice to death in a blood shed.

The book I’m reading is called Code Name Verity by Elizabeth Wein, and Verity is the code name of the protagonist. I chose the two really sad pictures that brings a devastating mood and black as background to show the external conflict of the story: Nazis interrogating Verity. I chose three quotes from the story; the first one represents the torture Nazis has done one Verity, the second shows that Verity betrayed her country and confessed. The last quote is told from Maddie’s view, showing that Verity actually kept the secret even with all the torture and was loyal to her country. This shows that Verity is a hero because even if she was interrogated and tortured, she was still loyal to her country.

If you want to make cool posters like this, go to Canva. 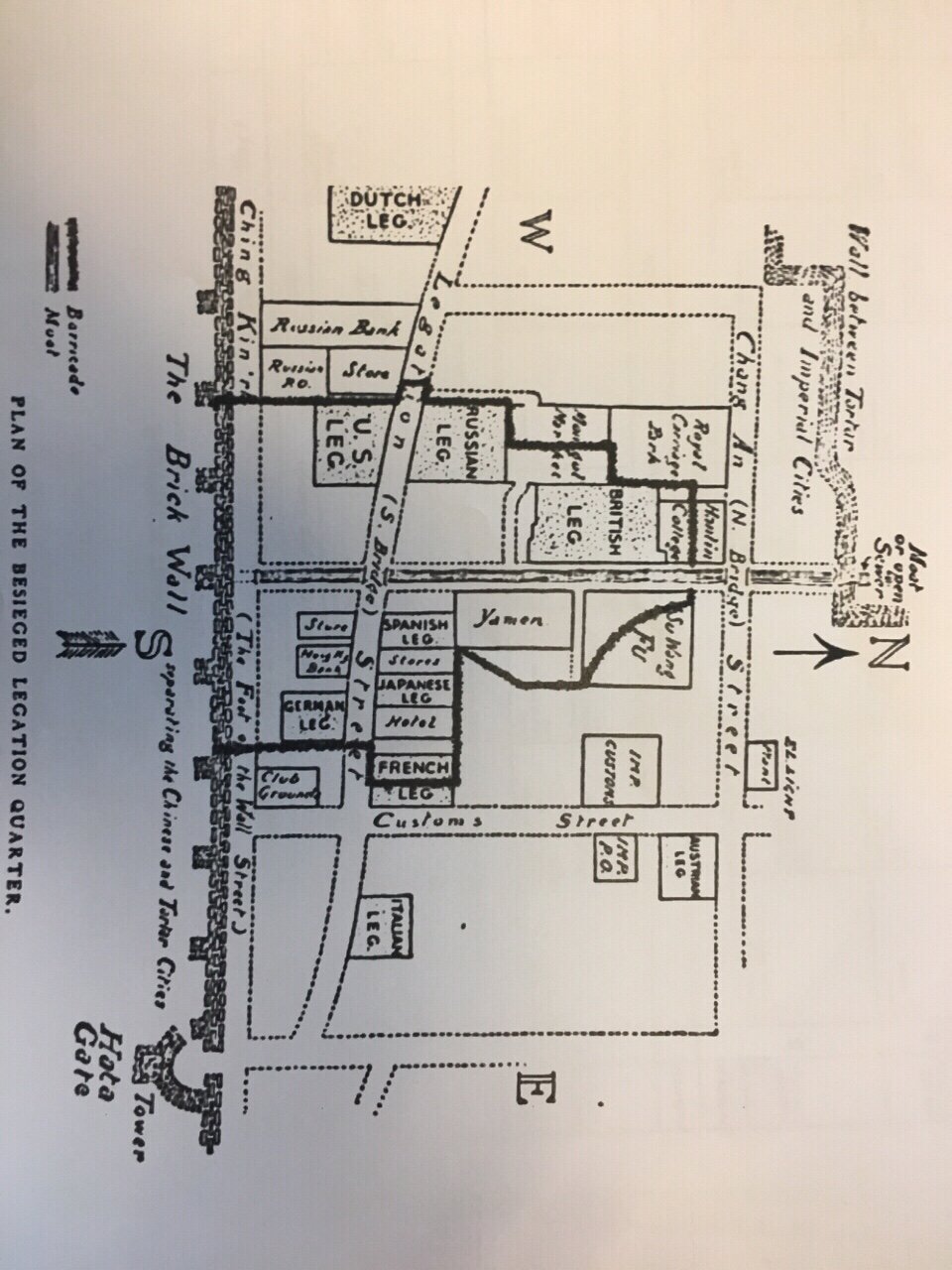 The main idea about this magazine is about the characterization of Egeus, father of Hermia

Having playlists for every type of mood can set the tone for whatever output you’re creating. Instead of playing songs on shuffle, curate mood playlists that flow well. by Mommy kiwi

If a man was killed 10,000 years ago, millions of his/her children would be wiped out of existence. Insignificant things done in the past might significantly impact the future. This is why the safari is trying their best to not change anything.

The safari takes time traveling really seriously and were really careful of what they do because they did not want to change the future. When the team got off the time machine, the safari leader, Travis, said, “stay on path, don’t go off of it!” (Bradbury 4-6) more than three times in this story. This shows how important it is to not touch anything, not even a bit of soil. The tiniest thing changed in the past can cause a huge problem in the future, even though Travis did realize this problem, Eckles did not.

Even if you step on a mouse, a whole species could be eliminated, because the effects could multiply through time. When Eckels realized he stepped on a butterfly and changed the future, he fell into the chair, “’No it can’t be. Not a little thing like that. No!’” (Bradbury 15). This proves that the effects of killing something in the past can get worse and worse. When you kill a mouse, all of the children of the mouse dies, and millions of creatures would die because of the chain effect.

This tells us that we should really be careful of our actions. Even though we couldn’t travel through time, our actions can severely change the lives of our future generations.

“’Just like you … Because you not trying’” (Tan 3). In Amy Tan’s Two Kinds, the narrator is a character who dreams to be a prodigy, but does not put in any effort to achieve it, and she doesn’t respect her mother, unlike me.

The protagonist really wanted to become supreme: “In all my imaginings, I was filled with a sense that I would soon become perfect: My mother and father would adore me  . I would be beyond approach” (1). She day dreams of her being the best, this shows that it is what she wanted the most. Even though she wanted to be a prodigy that bad, the protagonist does not try to be the best she can be. In the rising action, when the protagonist went to piano class, she didn’t pay attention just because her teacher is old and deaf: “If I hit the wrong notes because I hadn’t practiced enough, I never corrected myself” (4). This action proves that the protagonist has no integrity and does not try her best to achieve her dreams.  Also, the protagonist still remains unappreciative even for all the things her mother did for her, “Then I decided, I didn’t have to do anything mother said” (6). Her mother has cleaned other people’s houses for weeks, and she did all that to get her education, she not only is not thankful for her mother’s work, she disrespects and doesn’t listen to her.

Even though me and the protagonist are similar in dreaming to be perfect, I do try and work hard for it. When I play the piano, I’ll concentrate and correct all the mistakes I make. Also, I really respect my mom even if she makes me go to all those classes, because she does it for my good. This is why I am not similar the the protagonist.

This found poem was taken from page four paragraph five of the short story “The Bass, the River, and Sheila Mant” By W. D. Wetherell. The poem is about how the internal conflict happened inside the protagonist, because he was struggling between the two choices, the girl and the bass. We can learn from this conflict in the rising action that the character will do very extreme things for love. That is the reason why the character let the bass, and his passion go. He chose the girl instead of the bass is because he thinks love is more important than passion.