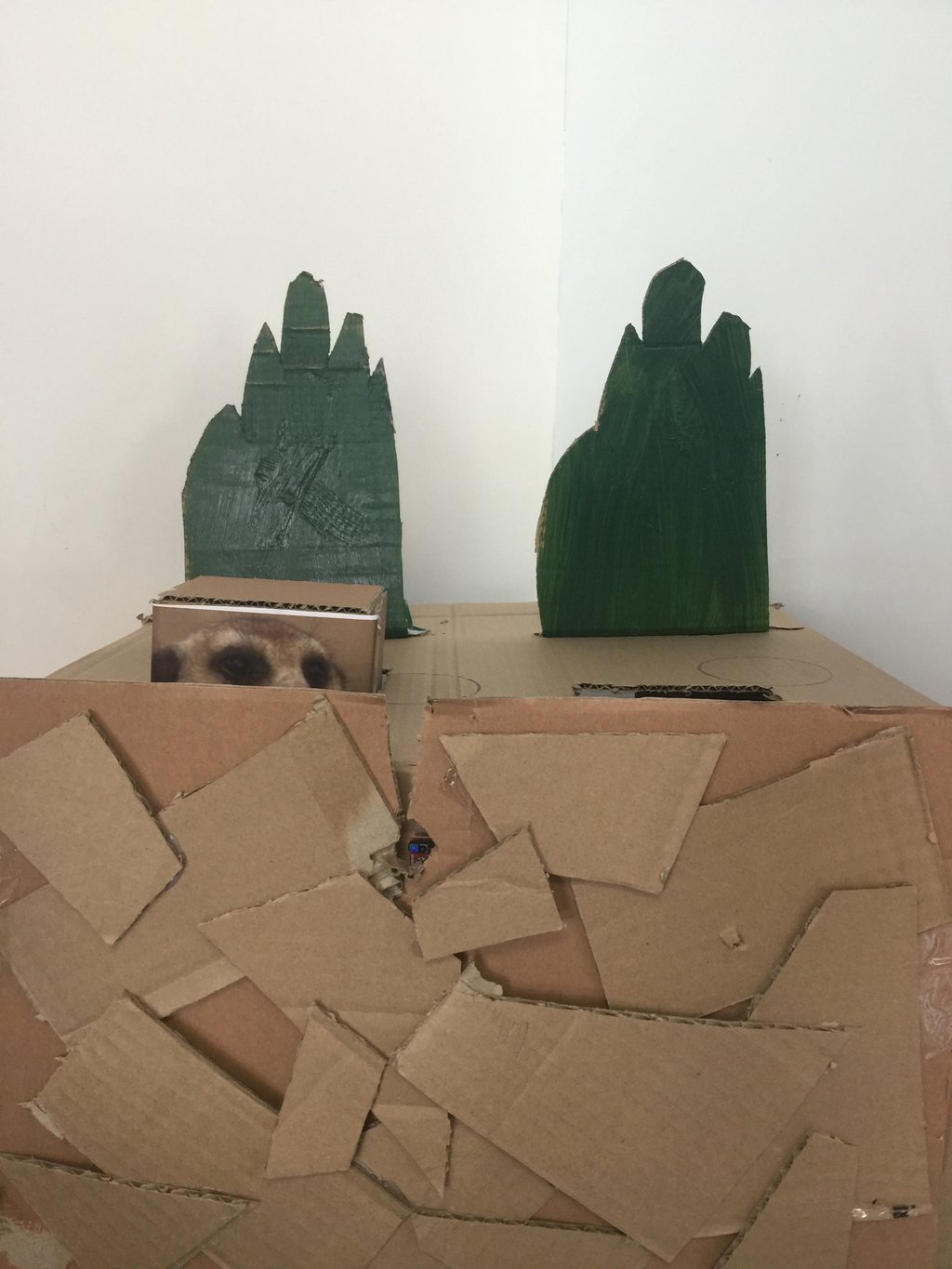 My biggest success was the meerkats action. Even though it was thrown together fairly quickly, the meerkat bouncing up and down in and out of its box looks great. It looks even better from lower down, where the first graders would look at it from. They would have seen the meerkat poke its head from out of the box then duck back down.

One thing I’d like to change is the meerkats appearance. Although I think just putting a picture of a meerkat on a box looks better than anything we could’ve made, it doesn’t seem like we really completed the project this way. I would have liked to have been able to actually design a meerkat and paint it instead of just needing to paste a picture.

FableHaven is about two kids who go to their grandparents house for a month, but their grandparents are not who they say they are. This book is for people who really like a lot of fantasy. It has dragons, witches, demons, magic, curses, and almost everything a fantasy lover loves. FableHaven is a series of 5 books by Brandon Mull, all full of action and adventures.