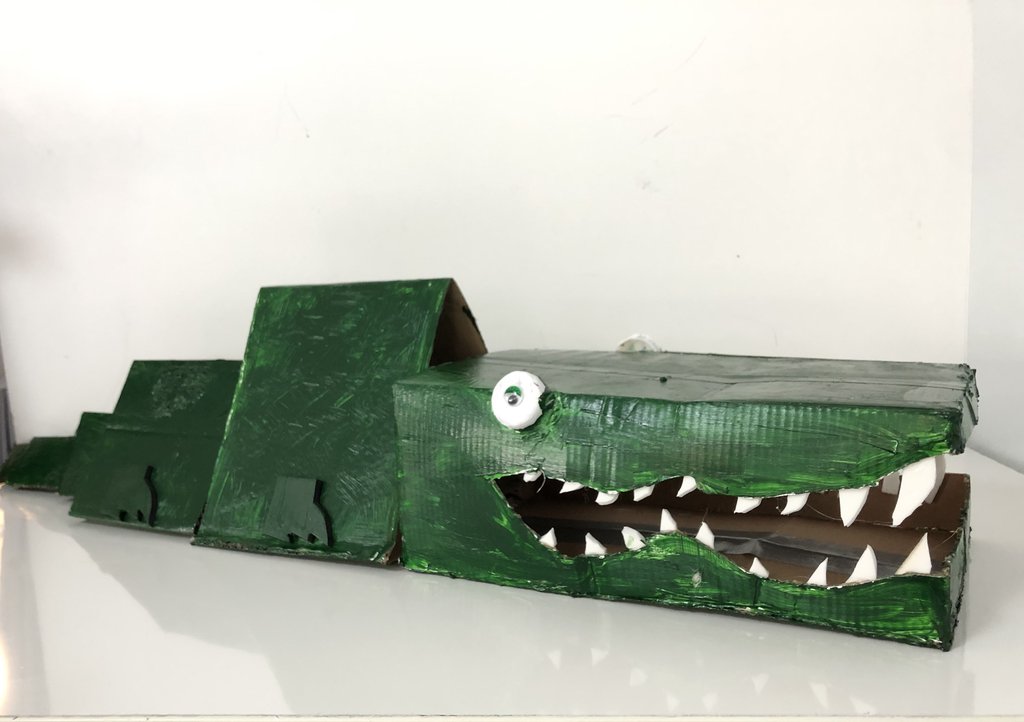 In Design this year, we were challenged to create a petting zoo..full of robots. During this project, I learned loads of different skills like coding, working with cardboard and hot glue, and design. I feel that this is good for future Design classes because I will have learned these skills already and can use them in my future work. My biggest obstacle during this process was mainly that some of our hardware malfunctioned. At the beginning of this project, we had planned to make the tail move, but since our sensor motor did not work after numerous tries, we decided to have our robot make a sound. One thing I would like to change if we had more time is to try the motors again and figure out how to make the tail move. If I had to do this project again, one thing I would do differently is to plan more ahead of time so that we could have used time more efficiently. Which leads me to one piece of advice I would give a future student doing this project would be to plan more efficiently and make sure you do not get caught up in the details and make sure the general robot is finished. Overall, I think this product was successful because going in, I did not expect how this would look or act, so it is a pleasant surprise to see first graders running around and repeatedly putting their hands in a cardboard alligator so that it would make a scary sound.