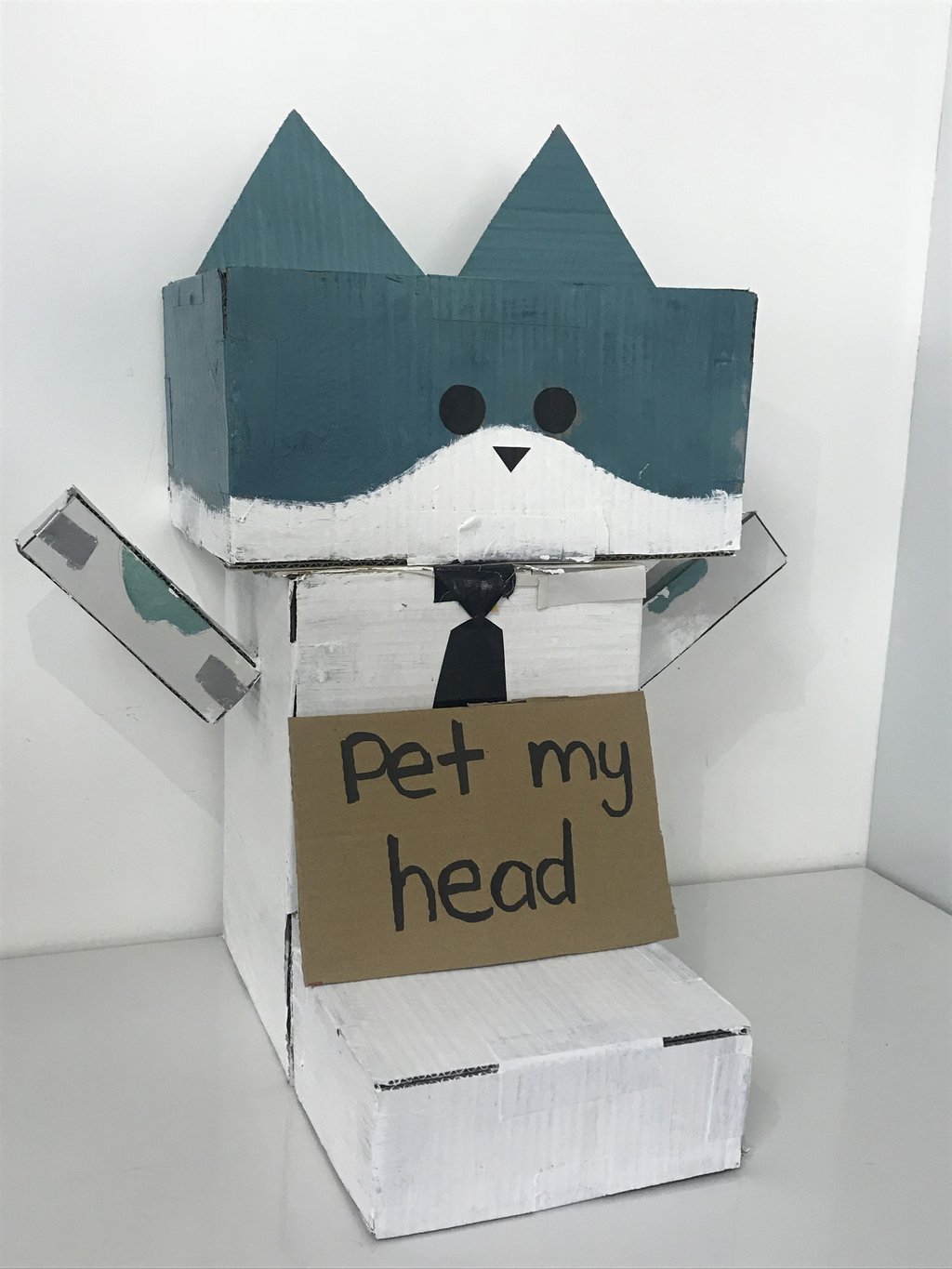 Skills that I learned and developed were coding and designing. By using pre-plans and ideas, I was able to design a cat and program the movements of the head. To make the cat look appealing, I used specific measurements for each of the boxes needed, and painted the boxes according to my interest in color. Coding was a preferably new concept, since I did not have opportunities to code before. Even though coding felt like a difficult subject, I was able to alter the codes accordingly to match the movements of my cat. The wiring and connecting each of the pieces when programming was also a new concept. “Make a circuit and you would be fine.” This was my personal directions when wiring the sensor, the Arduino Board, and the servos together. This made the process very simple, because I was looking for circuits to see the mistakes of programming.

My biggest obstacle was that the cat did not tilt the head whenever the sensor was touched. The servo kept falling, so the angle of the servo needed to be altered all the time. This problem was not solved even on the day of the exhibition, which made us be very busy readjusting the servos whenever someone touched the sensor. To solve this problem, we tried to used more tape, shorten the cardboard that was blocking the servo. However, none of these methods worked. Therefore, if I had more time to consider this problem, I would have found a way to have the servo be at the same angle every time the sensor was touched.

My biggest success was that I was able to make the cat move. Even though the movement was not consistent, by having the cat tilt its head, I felt a sense of pride in myself. Being able to move a cat without an actual force applied by myself, but with the computer was a huge achievement, as this process involved the designing, and programming the cat all with our own knowledge.