Genre- portrait without a person
Portraiture is designed to depict a person while capturing their essence. We can infer about a person if we focus on the objects that they have had on them during their life. Normally, symbolic objects that recreate each person’s stories are used in none-person portraits. These objects are tools to add as a visual aid to the stories being told.

Through these portraits, we can immediately infer that his father liked to make something.

Portraits are artistic representations such as sculptures, paintings, or pictures, or selfies of the subject. I believe portraits are the most efficient way to convey the personality and atmosphere of a particular person. In addition, there are several major elements that make a photograph into a portrait. Basically,  as with all photographs, the main elements of a portrait are light, composition, and tone. Light can be used to create a particular person’s mood or further the story of the person you’re trying to tell. But ultimately, I believe surrounding and facial expression are the most important part of a portrait. Since the purpose of the portrait is to express a particular person’s personality and mood, surrounding environments and facial expressions, which can directly appear to mood and characteristic, are the most significant elements in the portrait.  Moreover, the tones of the portrait strongly affect the subject, so it’s important in portraits. For example, If the tone is bright, it makes the subject brighter and happier. However, distracting background and stuff should not be included in the portrait because distracting background makes the audience hard to perceive the subject. Also, It makes the audience hard to fully focus on the portrait. Next, a good portrait is a portrait that draws attention to the subject, and a good portrait clearly tells something about the subject.  For example, a good portrait clearly tells some element of their personality or their life. In addition, subjects can be expressed without them being present in the image. For example, like the picture of Nigel Shafran, we can clearly convey the identity of the subject without the actual picture of the subject by showing particular objects that are associated with the subject.

For me, it was hard to accurately pick up the purpose of the text. Also, it took too much time on reading the passage.  Therefore,  unfortunately, it took two or three times longer to find out literature techniques like rhetorical techniques or pathos, logos, and ethos, compared to other students.  Therefore I didn’t have enough time to plan and annotate. Also, since my thoughts weren’t organized well, I kept repeating the same ideas and words.  For next time, I will manage my time more effectively to take more time on planning and organizing. Through this in-class diagnostic analysis, I realized that my reading skill is very poor, and I really need to enhance my reading comprehension skills as soon as possible.

These pictures are my first response for Uta Barth’s work. As an assignment, I researched the work of Uta Barth. Normally, Uta Barth shoots out of focus to make photography more abstractive. At this point, I didn’t completely choose my vision and thought, so I tried to take photography in various ways with shooting out of focus to find out what my vision is and what do I prefer. I tried to take a picture of nature like branches and bushes with out-focused Lenz and I also tried a picture of a curtain, window. I emphasized formal elements such as shape, pattern, and bright tone. I adjust the brightness to make it brighter. And I think elements of few pictures combined well. For the line. I utilized a curvy and straight line.

Analysis of your chosen artist and their work 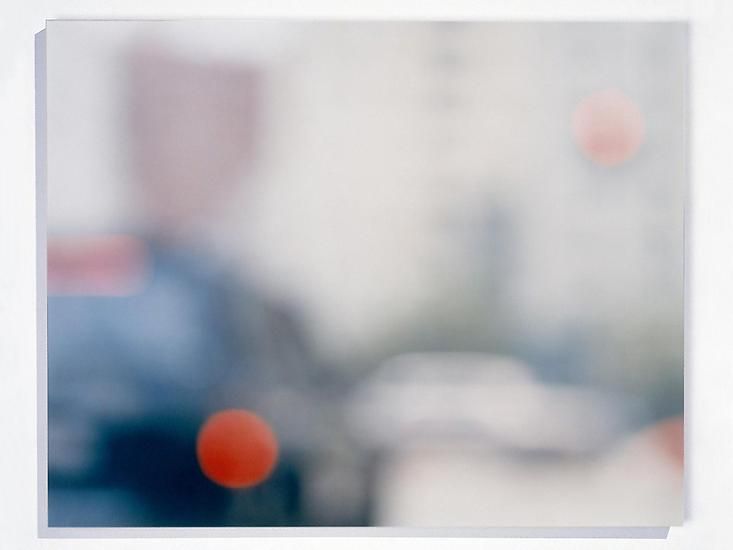 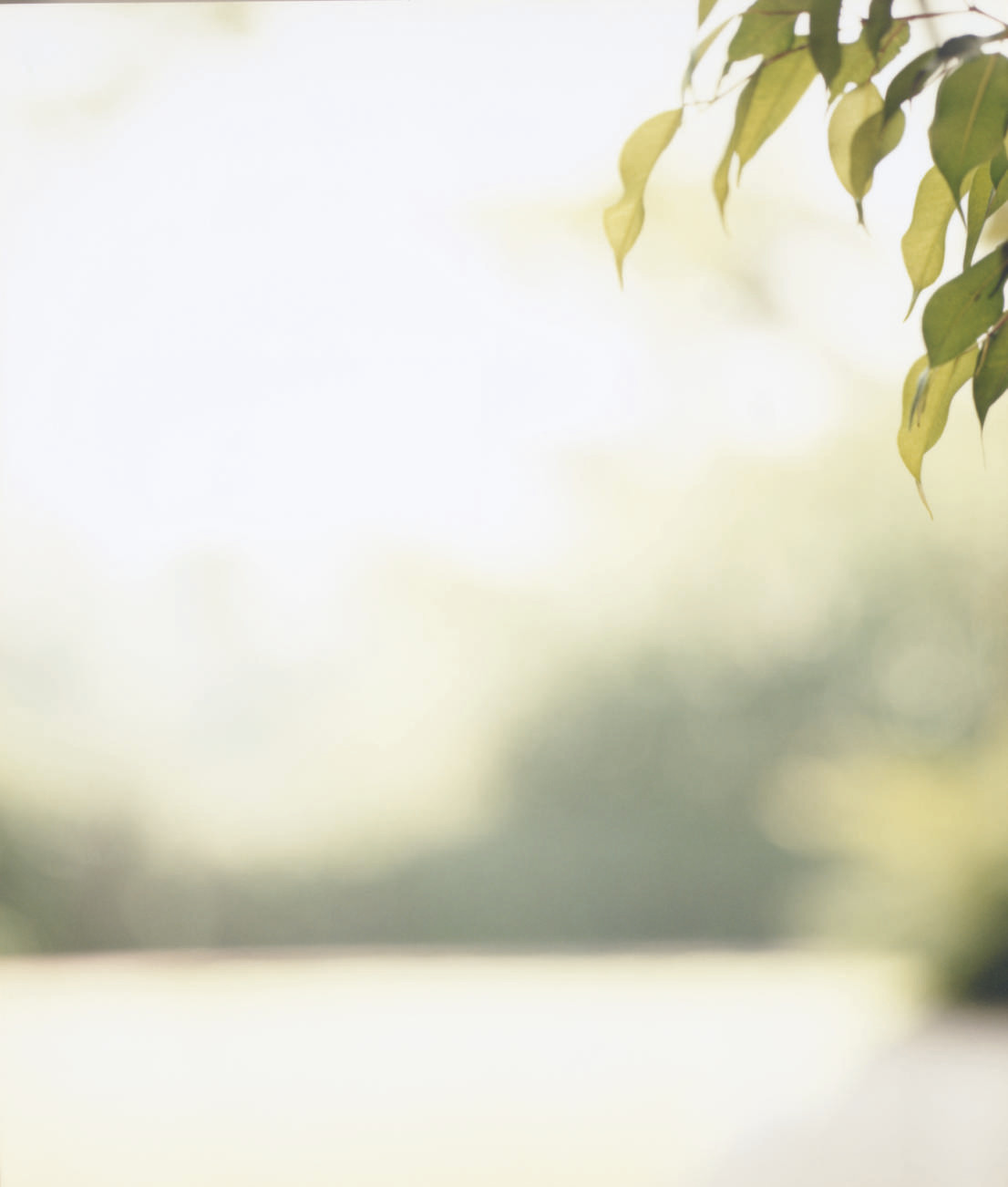 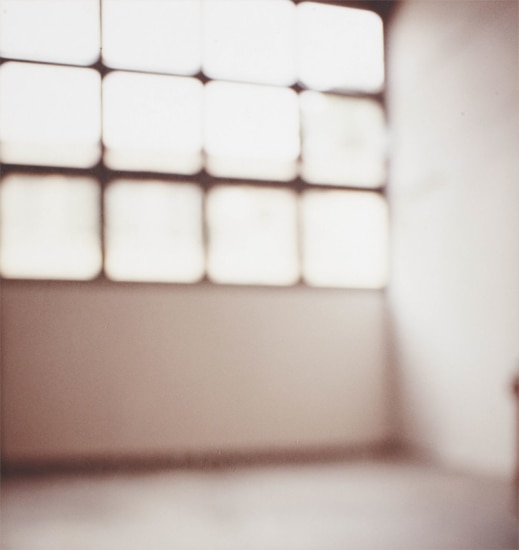 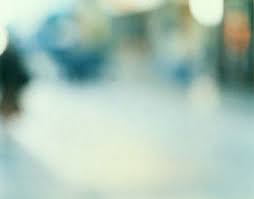 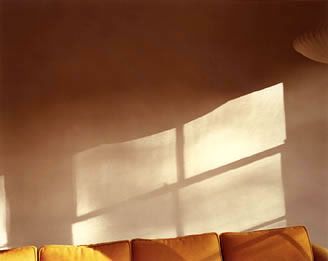 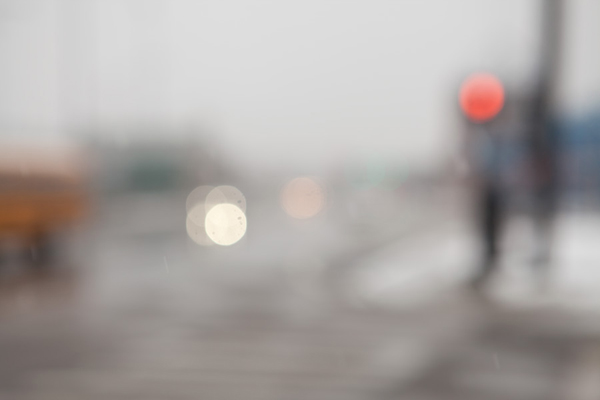 Uta Barth (born in 1958) is a contemporary German-American photographer who addresses themes such as optical illusion, abstract, and light.  Unlike ordinary photographs,  she inverts the traditional concepts for photography, such as background and the subject, by shooting out of focus of the entire frame to make her photographs more abstractive. However, despite her out-focusing technique, her photographs successfully convey the nature of subjects and maintain the beauty of the environment, so that audiences can recognize the photograph.   Furthermore, her overall photographs’ tones are relatively bright. Also, It can be seen that she actively uses sunlight as a significant element in her photography.  Additionally,  sometimes, she utilizes the shadows formed through windows.  Moreover, it can be seen that most of her photographs are taken in a street. The reason why I chose Uta Barth’s photographs is that her photographs convey the beauty of ordinary things in our lives, such as streets or plants, rather than magnificent landscapes or buildings. Also, I like that the way she makes the audience focus on common things around us by shooting out of focus of photography. These things fit with my vision.

Quotation by Uta Barth-“The question for me always is how can I make you aware of your own looking, instead of losing your attention to thoughts about what it is that you are looking at”

this is my favorite picture taken by Uta Barth. The reason why I chose this picture is that this photograph successfully conveys the nature of the subjects and maintains the beauty of the surroundings despite the out-focusing technique.  Also, I like that she formed a warmth atmosphere just by shooting out of focus, even though the subject is just a street.  Moreover, I like her usage of light. The most unusual thing about her photography is that she always shooting out of focus of the entire frame unlike the typical use of a camera. And the two most important elements in her pictures are probably focus and light.  she abstracted her pictures by shooting out of focus, and she didn’t make a specific subject.  In my photography, I will definitely adapt the out-focusing technique. Also, I will use the light emitted from a traffic light or the sun.  And I will try to capture normal things around us such as streets or trees or buildings, like her.

I want to portray the beauty of nature; common things around us to make the audience focus on everything around us.  I will take photos in the style of Uta Barth. Furthermore, I’m particularly inspired by the first picture above, which forms a cozy and warm feeling even though the picture is blurry.

Title: The Absolutely True Diary of a Part-Time Indian

response: After he gets some advice from Mr. P, The main character leaves  Rez to find hope and dream. He goes to Rearden because there’re many white people. He abandoned his friends, Indian reservation neighbors.

Question: why the author doesn’t mention the main character’s name so far?

Prediction: At the end of the story, perhaps he will find dreams and hopes and overcome his medical problems.

Title: The Absolutely True Diary of a Part-Time Indian

Question: Why white people have a bias against Indians?

Prediction: he will get bullied by Roger and his friends.

The three petty thieves hid themselves in a mysterious store that connects the past and the present. After that, they received a letter from the past. It was a Japanese athlete who was preparing for the Olympics. However,  the three petty thieves knew that Tokyo will boycott the Olympics. so, they advised her to stop training for the Olympics. After that, they got a bunch of letters from the past. And they realized that all letters have a connection

Title: the curious incident of the dog in the night-time

The protagonist and narrator of this book are Christopher, a 15-year-old boy who is autistic, lives with his father in Swindon and attends a special needs school. One day, Christopher found a dog named Wellington stabbed by a fork in front of her yard. Even though his father desperately doesn’t want him to find out who killed the dog, he determined to find out who killed Wellington. Moreover, after he got some advice from Siobhan, he decided to write a book about it. While he was searching for the evidence that related to Wellington, he heard that his mom had an affair with Mrs. Shears from Mrs. Alexander. After a few days ago, Christopher’s father found Christoper’s secret book and hid Christopher’s book. Moreover, he fought fiercely with Christopher and asked Christopher again to stop finding who killed the dog. But he ignored it finally found out his book in the shirt box. But he also found the letter from his mother. While reading it, he caught by his father. He doubted that it was really true that a mother died of heart disease. Therefore, Christopher stopped talking to his father. His father, who couldn’t help it, eventually told him the truth that he killed Wellington. Christopher fell into panic and thought his father wasn’t safe anymore, so he decided to go to her mother’s house in London by taking a train alone. When he arrived at her house, he finally met his mother and Mr. Shears. But later, his father came into her house and argued with his mother. However, due to many factors, such as the dispute between his mother and Mr.Shears and A math test, Mom and Christopher decided to go back to his fathers’ house in Swindon even though Christopher didn’t want to meet his father. When Christoper arrived at his father’s house, his father gave him a dog to build up trust between Christopher and him. He spent some nights in Father’s house and planted a vegetable patch in the garden with Father.

Reflection: I learned what exactly autism is and realized that why Autistic kids behave uniquely. By reading this book from the first point of view of autistic kids, It was good to know why autistic children are threatening others and yelling sometimes, and we should understand that.  Furthermore, at first, I thought autistic kids don’t have emotion, but I realized it was wrong.  This book also reminded me they are just ordinary people like us, except they’re sensitive in certain areas( Christopher sensitive to certain color like red or brown)

Question: In this book, Christopher has outstanding knowledge about math. Does every autistic kid outstanding at a certain field?

Scrooge was a very mean person. The night before Christmas, he kicked out his nephew, who had come to celebrate Christmas, and kicked out philanthropic organization. But one day, the ghost of his past co-founder Marley appeared to him. And the ghost told Scrooge that three ghosts would come. Scrooge, who got to know his future and past through ghosts, became kind people.

I think this book tries to express that no matter how evil people are, they can be a good man if they have a special motivation.