Who is charge of stage lights. They differ how audience sees actors and the theater. They have to cooperate with other crew members to make the theater works better. Lighting mechanics (technical skills), ability to work under pressure.

visual consepts, stage enviornment, produce scale models, have to read scripts and discuss with the director, producers and actors to create a appropriate scenary. To become a scenic designer bachelor degree on the related field and work experiences. Passion, creativity, and technical knowolodge is the major elements needed to become it. looking at films videos and other performances could improve designing skills.

Who is charge in the costumes and the elements for the actors apperance. Research, shops, fit…Their role cordinate with others because the costume can differ by it’s surroundings. Being artistic and creative are the main element required to be a costume designer. Postgraduating is one of the ways to train. 40000$(year salary) is the salary for the average and the top 10% earns 90000$.

They make props used in stage. They work with the scene crew, to disscus how should they prepare/create the props. They should have a studying in fields of fine art, craftings, and etc. 63000$(year salary) for the averages, 1200000$ for the top earners.

The techniques used in this scenery pieces are, scumbling, spattering, brushing with

Scumbling is mixing paints by not creating an actual boarder, so blending all the colors in once as if it was created naturally. The colors used was green, red, yellow, and white.

Veining is a technique to create a line into the scenery piece using brushes or sometimes an unique brush or object.

During the stagecraft class, we get to have an opportunity to visit the isb hs/ms theater and es new theater. There were many interesting stuffs.

Before I saw the curtains in the theater I thought that when the curtains went up, those would roll to reserve space. However, I was impressed of the open space above the stage.

There was a spotlight room at the upper floor of the theater, which was interesting to see.

The circuit that controls all the lightings and the electric devices, was also intresting.

Closeup of the hands.

Close up shots are the most common shots in films. Close up of hands are more focused what the character is actually doing. For example, a closeup shot of someone working on their work can convey the content of the work and how they are working.

Closeup of the face.

This closeup has to include the actors eyes and part of their face. It shows the character’s emotion effectively and who the character is.

Wide shot, also called as a long-shot shoots the full part of the object and shows the surrounding of it. It contains information about where the scene is placed, who is in the scene, and the time of the scene.

Over the shoulder shot is a shot that films above a person’s back shoulder. This type of shot is used to show the relationship between two characters and how they interact each other. It is often used to show conversations between two peoples. To go deeply, when filming a conversation there is a imaginary line that crosses two characters. Camera mans that are filming a conversation scene should film in the same side, otherwise after cutting the film, characters would swap sides constantly and it would look awkward.

These are shot that are rarely used, uncommon, and for special purpose that other shot can’t. Some shots film in a different angle, above or below. Changing angles can give special effects. By looking down a subject it makes the object smaller, and makes the scene depressing. Looking up is the opposite. Also changing the film temperature can affect a film. The higher the film temperature gets, the film would look warmer. If the temperature is low, it would look cooler. 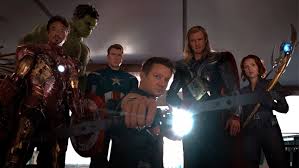 The elementary students are Henry, Riley ,and Rey. They want to put their names in the World Guinness Record book by doing impossible stuff. Henry is brave and optimistic because he does something unsafe and thinks that is a good choice. Riley is bossy because he always tell Henry to do something and he doesn’t listen to others. Rey is smart (just a little smarter then his friends) because he knows how to compare a poison mushroom and a mushroom. They wanted to go in the World Guinness Record book by doing does stuff which is impossible.

One of the favorite part of Masters of Disaster is that the part when Henry was riding a bike on the roof and falling down to a trampoline (page 22), because I like to read a book that the characters do something unusual like this.

In my spring brake, I went to visit my mom. I watched all episode of Star Wars. The next day we went to Korea, Pochen. We toured the landmarks of Pochen. The favorite part was when I could watch all the stars. I even know how to find the North and South. Then we went to a popular lake in Pochen. There was many playing stuffs. I tried shooting. There were 120, 110, 100, 90, 80, 70, 60, 50, 40 points to shoot at. I used a gun like a normal machine gun and shot with 30 B-B bulits. Next me and my mom went to ride a rowing boat. I did the rowing part because my mom was too bad at rowing. The lake was big! We almost crashed in to a other boat. When we finshed the rowing part we went to a resort. That night we ate a gal-bi (meat). The gal-bi was the most famost food in Pochen. It was delicious. The next day I went to my granfather’s house. I did a korean chess vs my granfather.  That night I went to China.

To make a firecracker in MC. I will explain the crafting table as the phone number like 1, 2, 3, 4, 5, 6, 7, 8, 9. First put any dye at box 7 (you could another dye in box 5 to make it colorful) and put a gun powder in 8 (optional : put a flame ball at box 9 to make a big explosion). Then you will make a dye colored firework gun powder (the people that put the flame ball will make a BIG gun powder).

I think the AI will make life better because they could develop AI technology and make a robot that does every thing AI. Also a AI transportation that can sensor the back and front, so make an auto distance (that makes the safes distance between them).

At Sunday when I was returning to my house from golf, but some thing bad happened. There was a taxi coming rushing to us, so we crashed. However it wasn’t a big accident. My dad, me, taxi driver, and the taxi passenger were safe. Then the insurance company came. My dad told me to go back to my house. It was 1km long. When I went to my house my dad called me to bring his driving license card, so I had to run 1km again.

Today I will talk about a game called “Zombie Highschool” in korean it’s “좀비고”. The game is based on PvP battles (Players vs Player) and PvE battles (Player vs Enviorment or computer).

The big different of Zombies can see the hole screen but humans can olny see the limited screen. If a zombie touches a human the human becomes a zombie or dies. Depending on modes they could get captured, killed, get infected, and hurt. Humans have a bow and a arrow to kill a zombie. There is mission that is given to zombies and humans.

Infection mode is a PvP game and same to zombie tag. The game starts with 2~8 people. When it starts someone becomes a zombie randomly (10 second to get away or hide). The mission of the zombie has to infect other humans in limited time, but the humans could kill the zombie. The humans’ mission is  opposit to the zombies, so they have survive in limited time.

Zombies are showed as red names.

Bomb mode is also a PvP game and same as normal tag. The game starts with 2~8 people. When it starts someone become a zombie randomly (10 second to get away or hide). The mission of the zombie is trying to give the bomb to the humans until the bomb explode (but humans could hide in barrels). When you tag a human, you automaticly become a human. The mission of the humans is disguise their self in to barrels (if a zombie tags you when you’re in a barrel you get the bomb and become a zombie). Then when the limited time passes the zombie dies. Also an another way to win is to kill the zombie.

Barrels are the same size.

Cops and robbers mode is a PvP game and a little different then the normal cops and robbers. The game starts with 2 or or 4 or 6 or 8. There are 2 teams red and blue. Red team is showed as red names and blue team is showed as blue names. For teams it is 1v1 or 2v2 or 3v3 or 4v4. The zombies’ mission is to save the switch and capture all human by putting them in jail (if they catch them they automaticly respawn in the jail).The humans’  mission is to disable 3 switch (A, B, C) by shooting arrows to the switch. Also they could win if they kill all the zombies. If there is a captured human, they could free them by pushing the button.

Attack of zombie is a PvE game. The game starts with 4 people. There are 5 lanes and 5 switches. In this mode there are 25 waves. In each waves zombie comes to disable the switch in lanes (dosen’t attack humans because there is a wall). The switch has HP of 100 and the AT of the zombie is 3~10. The mission is to protect the switches, but if 1 switch gets disabled the zombie leaves the school and human loses. When human kill a zombie the killer (?) gets a kill point. If the human reach a limited kill point their attack point (makes the bow and arrow stronger) increases. At the last wave there is a boss.

In each level there a zombies on the way to the principal office and missions.

Level 3: Find the key and go to the principal office

Attack of zombies 2 is the same as attack of zombies 1 but more difficult, because there are zombies that doesn’t get stun. However, only some doesn’t and none in Lv. 5, Lv. 1, and 2. In EPI 2 there is 2 new jobs called bomber and back attacker. Bomber is a job that throws bombs at zombies. The cool time is 3 seconds. Back attacker is a job that could use 2 skills. One is hammer, and one is dash skill. If the back attacker attacks the back it give the zombie x3 damage and the cool time is 1 second.The dash goes 3 blocks far cool time 6 seconds. The levels are

Level 3: Get away from the invincible zombie.

Dual mode is a PvP game. The game starts with 2 players. The human has to destroy the switch (only 1). The zombie have to defend it. The higher point they have wins.

Snow fight mode is a PvP game. The game starts with 2-4-6-8 players. Both teams are humans they have to get higher points to win.

In the shop you could upgrade, and buy skins. To buy you have to can gain minerals (game money) by winning rounds or watching ads.