Cell phones should be banned in school.

Have you ever texted someone during school? What were the consequences? Cell phones should be banned because they are a distraction, they cause cyber bullying and, and you can’t trust students.

Cell phones cause a distraction and draws attention to you,

According to Oxford Learning.com, when students use their cell phones to check social media and to text friends, it leads to distraction to the whole class. When you scroll your Instagram feed or text your friends it draws attention to you instead of the teacher. Most high school students have their phone twenty-four seven. The older the student the more likely to take ownership of having a phone. Research shows, 59.8 percent of fifth graders, 50.6 percent of fourth graders and 39.5 percent of third graders, took ownership/reported that they have a phone. In addition to cell phones being a distraction, cell phones can cause cyber bullying.

Cell phones can cause cyber bulling in school times.

She did not want to get cyber bullied ever again. Finally, some people think phones can be good but no.

Cell phones can’t be used for good purposes it is a distraction,

Cell phones can be used for education however, according to campus technology, 54 percent use them to text their friend’s 52 percent use them to browse social media. This can affect student’s ability to complete tasks and homework. Further evidence shows, Undergraduates asked to put their phone in another room did better on a test then students asked to turn them off and put them face down or in a bag. So, if you have your phone in your pocket and you’re taking an essay I recommend take a break and put it in your locker.

Cell phones should be banned because they are a distraction the cause cyber bulling and students cannot be trusted. Cell phones can be used for good, but they are just as bad as hades.

Evidence: pg. 101 “My mother was gone. The whole world should be black and cold. Nothing should look beautiful”. He wants his mom so badly but all he is doing is sitting in his cabin complaining and he doesn’t even try and go find her until he gets an assigned quest. And has to go. (he probably doesn’t even want her that bad.)

Reasoning: Percy has ADHD and he probably gets super distracted when he tries to go find her, but he might have all the signs of ADHD. According to Newsela the signs are getting distracted, Not listening, and not being able to sit still. But I don’t think it has motioned anything on how he wasn’t able to sit still or listening, I don’t think it has said anything about not listening.

My favourite book is Harry Potter.

Rock climbing was a really fun experience it was probably one of my favorite days at school. I made a poster with russel robertson and I did it like this, I first put the names of the different types of holds and I chose Jug and crimper I put the words down then under each word I put the description of the Holds. I put it on canva and printed it out. The reason I put rock climbing as my one day group is because I enjoy rock climbing and it was one of the only things on the one day list that wasn’t boring. 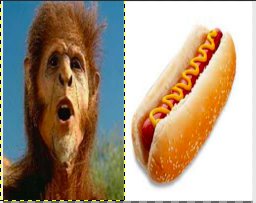 I am proud of my insulator because it kept the hot water hot and warm.It also kept the thermal energy in the cup.One thing I would do differently is make a better lid and maybe put a hole for the thermometer.The hardest thing about the project was sketching the prototype because I had know idea what to do for the project.The quality on the cup was pretty good it stayed on and looks fashionable. A new skill I have learned is to not use to much hot glue because it will melt pretty fast.