Use full-screen view for a better experience.

For this task, we were instructed to create a journal of a character living through the time period that we previously researched (American Revolution). Christopher born and raised in Massachusetts is a candlemaker facing the crucial acts the Parliament had passed so that Britain could cover the cost of the previous war, eventually, Christopher had enough of these sick acts, so were many others. With the anger rising up in the society around him, he’s no longer afraid to put out his opinions.

Our assignment for humanities was to create a video with all our knowledge about the American Revolution, our video begins after the end of The French and Indian war to the Treaty of Paris in 1783. We collaborated very well during the making of this video, we came across some challenges for instance one of our group members was sick during the making process of this video, but my other teammate and I spent a lot of effort into completing this video, and we eventually were satisfied with the outcome. Please enjoy our video “The American Revolution in Plain English”

In this video, Clarence will give a short summary of the book “The 57 Bus” by Dashka Slater, and give a brief overview of the theme of this book.

The book “The 57 Bus” is a book written by Dashka Slater. Throughout this book, it talks a lot about gender discrimination and gender inequality which Sasha, the main character faces a lot in this book. Sasha is a non-binary teenager living in Oakland, California, one of the most dangerous cities in the US, it was on the day when Sasha was wearing a skirt, that a reckless act done by a stranger changed both their lives forever.

One theme in this book is that looks do not judge a person, but it’s the personality that really matters. For example, on page 59, Sasha was approached by an elderly woman she asks, “Why are you wearing a skirt?…. You’re not a girl!” which I thought this part showed how the old woman cared about gender and what people wore, which in this case Sasha also faced this same problem when Richard (The boy who burnt Sasha) burned because Sasha was wearing a skirt which he thought Sasha could not. Another example was on page 42 when Sasha stated that before Sasha had people at school who kept coming up to her asking nonsensical things, and questions that made Sasha uncomfortable to share.

Two reasons why I would recommend this book is because 1) this book teaches us discrimination and how it may affect someone else’s life and also teaches a lot about decision making and how to make good decisions, 2) although this is a non-fiction book and it may sound boring, but actually the book has a lot of life lessons you can learn from the actions the characters did in this book. But overall this is an amazing book for readers.

One thing I learned in this unit was how to organize my notes and how to take notes and find the theme, central ideas, and social issues in my book.

Around the 1900s, the Boxers also know as the rebels, referred to by Westerners caused many missionaries and Christians to die, which therefore I think the Boxers should deserve a bad reputation. According to Jeremiah, the tour guide of our trip, “The Boxers were angry and blamed the churches for causing droughts in Shandong, so they burned many catholic churches and killed many people in the churches.” This showed how the boxers hated the Western culture by accusing the Westerners of the droughts because of the churches even though the churches did not cause this to happen. In the Legation quarters, the Boxers were damaging the legations and killing many Christians in that area, which tour guide Jeremiah also stated, “The boxers a placed a bomb under the french legation, which caused partial damage to the French legation, this forced the french and Austrians to refuge in the British legation.” The bombing that caused partial damage to the legation was more of like a warning to the other legations in that area, they recklessly plundered and set on fire to the Belgian legation, during the war which many were killed. In some of my evidence collected showed how cruel the boxers were stated that “The German Minister, Clemens von Ketteler, and German soldiers captured a Boxer and executed him. In response, thousands of Boxers burst into the walled city of Beijing that afternoon and burned many of the Christian churches and cathedrals in the city, burning some victims alive, and Clemens von Ketteler was executed.” As a result, all the cruel doings of the boxers resulted in bad relationships with Westerners, the brutal killings of the Boxers really show why the Boxers deserved a bad reputation.

I named the title Desire because the word Desire really means a strong feeling of wanting to have something or wishing for something to happen, in this case, Lysander wants to be Hermia’s love and be together forever, the word desire is also more of a determined meaning which I also think that it would fit Lysander’s personality well.

We should respect and love our parents because no matter what pain and sacrifices your parents have to make, they will surely and always chose to save us. The Aged Mother by Matsuo Basho, also known as The Story of the Aged Mother, this Japanese folktale narrates the story of an unkind ruler who issues cruel orders, including one demand that all old folks are to be abandoned and left to die. The entire province was given strict orders to immediately put to death all aged people. The story’s big idea is mother’s love, it’s something that no one can explain because it is made with deep care, sacrifice, understanding, and pain.

In the story, The Aged Mother by Matsuo Basho, the author believes that mothers love is something that should be cherished by all daughters and sons, we must treat back with positive actions. Before the son was about to leave; his mother still worries about his safety and sets up a path for him: ‘“The mountain road is full of dangers. LOOK carefully and follow the path which holds the piles of twigs. They will guide you to the familiar path farther down”’ (Basho 1 ). Even when it will be the last time the son will see his mother, his mother still shows the love to her son, almost like saying “thank you” to him, and appreciate the care that his mother provided. As the story continues, the son starts regretting his actions and starts to realize how much kindness his mother gave him throughout his life: ‘“oh, Honorable mother, your kindness breaks my heart! I will not leave you. Together we will follow the path of twigs, and together we will die!”’ (Basho 2). Of all the things that the mother has sacrificed and done for the son, is now being paid back to his mother to save her life. This brings out the idea of how we should treat back our parents with positive actions because of all the things they’ve done for us to make our lives smoother.

More Info About the Author:

In the story “Fish Cheeks” by Amy Tan, I think the external conflict in this story is Man vs Society. For example, In paragraph 2 the main character talks about how she is embarrassed by the manners that her relatives have and describes it as “noisy” and “shabby.” She also compares the food that Americans eat and the food that Chinese people eat. In my poem, I use words like “terrible,” “appalling” to describe how the character feels about her own culture, these words I chose are strong and fit in with my the poem well, other words help my poem tell the story, but it is more of an abstract poem. For the background, I chose lined up fishes since the stories climax is where her father passes Amy a fish cheek, and I chose to cut the words out and glue it on the background to make the poem look more dramatic and make it look as if what Amy was thinking in her mind.

Links to more information about the author and the conflict:

My Job in This Activity:

During the activity, my job was to do the architecture sheet while I was waiting to do the top-secret envelope, and the task was to design your own temple, and it has to include a kitchen and the main room, but In the end, I did not finish in time because we had enough materials to build the catapult, unfortunately we were almost done until the other two groups had a tie for the first to be the first to finish the invention.

How Jobs were Divided:

We divided by who wanted to do what and it worked we did not have that big of a problem of fighting over what to do. Jett, Bruce, Hanna, and Alina were my teammates in my group, the jobs we chose were pairs but I did my job by my self and Alina helped to do my job when I helped Bruce make the catapult at the end. Hanna and Alina were making up laws where they had to create 10 laws and consequences for the laws, Jett and Bruce did a sheet on making our civilizations own language and it could not include any words from the present day like English so we created symbols.

Our Biggest Accomplishment as a Civilization:

Our biggest accomplishment as a civilization was teamwork, for example, when we were creating the laws Hanna and Alina had some problems so we helped a bit while Bruce was getting the materials and we completed that sheet.

Our Weakest Point as a Civilization

Our weakest point as a civilization was when we did not have that many materials to start with so it would be harder for us to finish building the catapult because there would be more trading to do and other groups have to understand what our language means.

If I Could Do This Activity again, I would Change:

If I could do this activity again, I would change the way how patient we were and the attitude because we did not have that many natural recourses that were provided, and we saw the other team were almost finished and excited, we also were just finished trading at that time, so I think we could calm down a bit so that could solve the problem of being a bit slow.

The topic I was assigned to in humanities was diet, we had to move to another classroom and we used the Libguide which there is websites to go to, and other sources to help research. 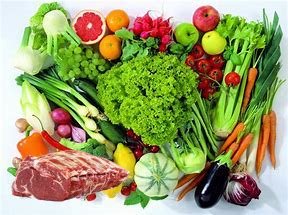