"Dear Haters, I couldn't but notice that Awesome ends with me and Ugly starts with U" - Unknown

Was the Cuban Revolution Worth It?

From this unit, we can tell that most revolutions start out with a nation that has a corrupted government or monarch and that the nation’s society is divided into two classes, the poor and the rich. Most of the time, it’s the poor that leads the revolution against the rich and the corrupted. In short, revolutions are an uprising of violence that occurs when the population revolts against the government, most of the time due to political oppression.

“I Am Malala: The Girl Who Stood Up for Education and Was Shot by the Taliban” is written by Malala Yousafzai herself, and is a story about her campaign for women’s rights for education. The central idea/ theme in “I Am Malala” is the theme of Women’s Rights, and that women should have the same rights as men. Malala, a young Pakistani girl who narrates the book, is very passionate about the equality of both genders and often quotes the founder of Pakistan, Mohammed Ali Jinnah, who regards this issue: “No struggle can succeed without women participating side by side with men.” To support my theme, these are the following pieces of evidence. “We have a custom called ‘Swara’ by which a girl can be given to another tribe to resolve a feud.” (Yousafzai 54-55). Malala had questioned why should a girl’s life be ruined to settle a dispute that she had nothing to do with? Malala had stated that she cannot force herself to respect a culture that treats women as currency. Another piece of evidence is “It was school that kept me going in those dark days(…) When I was in the streets it felt as though many men was a Talib.” (Yousafzai 112) This was a dark time during Malala’s life, her country was in chaos and she felt unsafe in her own town. On page 32 it was noted that Malala’s mom began and finished school at the age of six. At first, her mom was proud of being the only girl in school, but ultimately, she couldn’t force herself to continue. To explain this, when education is discouraged for women, it is easy for young girls to give in to what’s easier and more fun- not going to school- as they do not yet have the mature perspective on the power and importance of education! This book is by far the most inspirational book that I have ever read. Malala has been such an inspiration to many girls and women and myself included. I am not a big fan of Non-fiction books but after reading only the introduction, this book got me really hooked in. It was also really interesting to read about what happened to Malala and her village. After reading this book, it made me really think about the things around me and how lucky I am that I am able to go to ISB that has such a great facility and great teachers. This book made me feel grateful for what I had. I feel like Malala didn’t deserve to get shot in the head. But still, even after getting shot, she did not give up and kept fighting for what she had believed. She didn’t back down, she kept fighting for girls to get an education, to be as equal as boys. If I had to rate this book, it would definitely by 5 stars out of 5! I really recommend this book as it is really inspirational and knowledgeable.

Did The Boxers Deserve a Bad Reputation?

The Boxers do not deserve a bad reputation. The Boxers was an organization that wanted to protect Chinese culture and tradition and prevented foreign countries’ influence on China. They were furious about the idea that foreign countries were interfering with their nation, and their goal was to end all foreign influences in China. According to Walter Lefeber, a Cornell University Professor, American and foreign missionaries not only preached their religion but also sold their goods and products in an attempt to westernize the local Chinese. “American Missionaries were able to get into interior provinces of China [and] opened these provinces up to American business people.” (Lefeber) It is evident that the missionaries were slowly bringing more foreigners into the nation itself. The Boxers drove the missionaries away because they saw that the foreigners were threatening to alter and affect Chinese traditions and were taking control over Chinese lifestyles. In addition, “The Boxers also viewed Christianity as a threat to their traditional Buddhist and Confucian beliefs.” (Supporting Question 2.5) This piece of evidence shows why the boxers turned violent towards the foreigners and Chinese converts. Moreover, “Those villagers who had converted to Christianity, however, refused to participate in the rituals. Their neighbors suspected that this was the reason the gods disregarded their pleas for rain.” (Supporting Question 2.5) Although it was pure superstition, but the Boxers believed that the drought that lasted two years in Shandong was caused by the gods who were displeased by the Christians. The Christians refused to follow the rituals, for example, praying for rain. They believed that the Christians angered the gods which the entire province of Shandong have been punished with drought. When the foreign countries continued to force themselves onto China by invading and spreading their own culture, it was reasonable that the Boxers would fight back. In conclusion, the Boxers did not deserve a bad reputation because they wanted to protect and preserve the Chinese tradition and culture.

If You’re Too Hung Up On Your Ex, You Could Have A Mental Disorder

Why You Can’t Stop Thinking About Your Ex

Why You’re Not Getting Over Your Ex

Am I a Humanist

Theme of A Sound of Thunder

The “Butterfly Effect”.  is when a small event can have large unintended consequences, and, sometimes, a little thing can make a big difference. A small choice may seem minor, but it can affect not only your future but the people around you as well. A Sound of Thunder is a sci-fi story that talks about a man named Eckels who pays a time travel company to take him on a hunting expedition back to the age of the dinosaurs, hoping to kill a Tyrannosaurus Rex. When they finally encounter the tyrannosaurus rex,  Eckels freaks out, steps off the path; a path that will change the future. In the story, Ray Bradbury shows how little things can make a big difference and how regret often makes people rethink their decisions

Throughout the story, Travis, the Safari Guide keeps on reminding Eckels to stay on the path: “‘Stay on the Path. Don’t go off it. I repeat. Don’t go off. For any reason!’” (Bradbury 225) The use of repetition “Don’t go off” highlights the conflict of the story. Later, Eckels asked why he shouldn’t step off the path and Travis replied saying “‘We don’t want to change the future. We don’t belong here in the past… step on a mouse and you leave your print, like a grand canyon.’” (Bradbury 227) “‘Time can make a big roar or a little rustle in history, we’re being careful.’” (Bradbury 227) As the little thing of stepping on a mouse, the author describes it big, making a huge change to the world. As the story continues, Eckels made a mistake of accidentally stepping on a butterfly which caused a conflict in the timeline of history: “‘Not a little thing like that! Not a butterfly… no, it can’t be. Not a little thing like that. No!’” (Bradbury 236) By stepping on the butterfly, Eckels changes the path of history such as the spellings on the sign and how a new man was elected president. As the author made sure to repeat “not a little thing like that”, pointing out how important it impacted history. A small choice may seem minor, but it can affect not only your future but the people around you as well.

That One Christmas Eve Dinner

The story “Fish Cheeks” is written by a Chinese-American writer named Amy Tan.  This story talks about how the protagonist is ashamed of her family’s tradition, during Christmas Eve dinner. The conflict starts out when her family invites the Minister’s family over for Christmas Eve. Coincidentally, the protagonist also has a crush on the minister’s son. This is where the external conflict comes. She is very embarrassed by her family and relatives during this meal and she wants to fit in with the Americans. For example, the story says, “What would Robert think of our shabby Chinese Christmas” or “What would he think of our noisy Chinese relatives who lacked American manners.” In another paragraph, it states, “Dinner threw me deeper into despair” For my Found Poem, I printed out a Goldfish with a black background. I cut out important words and phrases from the short novel and stuck them onto my goldfish background.

Comparing The Black Death with Smallpox

Legacies from Ancient Rome and China

My trip to Ancient Greece 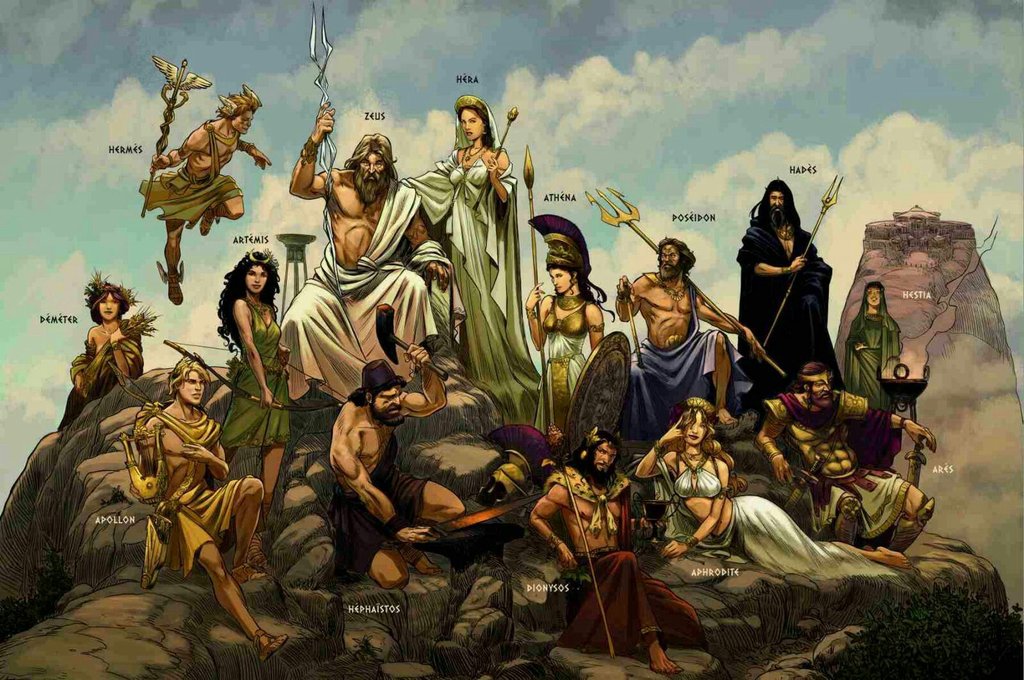