There is no end. Only new beginings.

The Chinese Cultural Revolution: By Edgar, a Former Red Guard

Edgar is a 22-year boy that experienced the entire Chinese cultural revolution. He is an introverted boy with a mind that can see through other perspectives.  In his journals, he talks about his experiences throughout these historical moments in history. He was one of many people who joins the army of red guards and experiences many different things throughout the decade that the revolution has gone on.

What continuity and change in this revolution is easy to identify. For example, the education. There were almost no education for years in this revolution, and this impacted the civilians and students massively. Instead of learning, they had to go to war-like places and do things that are out of their league. The revolution has permanantly changed China by letting the whole world know how dark and bad the times were when mao was in power.

The Chinese Revolution- The great Chinese proletariat cultural revolution, from 1945-1952. This period of time started with the great leader, called Mao Ze Dong, and he was with the people called the red guards, who supported him throughout the historical moments.

I learned many things about this cultural revolution, for example, the statistics of how many deaths has this famine Mao Ze Dong has lead to, and how many people were included and counted as a red guard, and how many civilians were affected by this movement.

Sexism and how it could effect your life

This video gives an overview of the book “The 57 bus”, by Jordan.

This is a non-fiction book made by Dashka Slater. The book was published on October 17, 2017. This book is the winner of the California book award. The theme of this story is about sexism and how it can affect somebody’s life. This story talks about a girl who is different than everyone else around her, Sasha is agender, meaning they don’t identify as either male or female, and they prefer the nongendered pronouns they/them/their instead of he/she, his/hers, him/her. One of the main themes is sexism, more specifically, being asexual, in a very bad environment.

Something I have learned is to not tease people for their differences or their thoughts, because if you continuously tease somebody that would be bullying, and bullying is never good for anyone. Like this story, Richard Thomas burnt Sasha’s skirt on fire, and gave her a third degree burn.

December 2, 2020 / Jordan / 0 Comments
Claim: I think that the boxers did not deserve a bad rap, but it is very arguable.
Evidence 1: The opium war, the opium war, has harmed China very visibly and clearly. The Chinese were addicted to opium and were unable to leave this opium-smoking habit. At that moment, about 12 million people smoking opium.  This has caused the loss of many cultures and above all, a lot of economic losses.
Evidence 2: Because the Chinese lost a lot of money in the opium trade, and the Chinese were low on crops/food as the population continued to grow.  the population in China increased by 30 percent in 60 years.
Evidence 3：There were 20 million people who were killed because they (Taipei Rebellion)  wanted to colonize and overtake the Qing dynasty.
Reasoning: This shows that they clearly did not deserve a bad rap, in my opinion, because they actually wanted peace for their own country.

Theseus is a character from the play “A midsummer night’s dream.” He stole a girl called Hippolyta from a fight, and then afterwards married her.

Theseus is a caring person. It shows this when he says,

‘Stir up the Athenian youth to merriments, awake the pert and humble spirit of mirth, turn melancholy for the two funerals.’ This shows that he cares about this event a lot.

Theseus is a loving person.

Egeus: ‘With duty and desire we follow you.’ This shows that he gets respected by people like Egeus, which means he must be respected by a lot of other people

In conclusion, Theseus has many characteristics, and for the examples I have listed above, they are all positive.

How humanist am I?

To learn more about the Mona Lisa, Click Here!

A mongoose who dared to challenge cobras 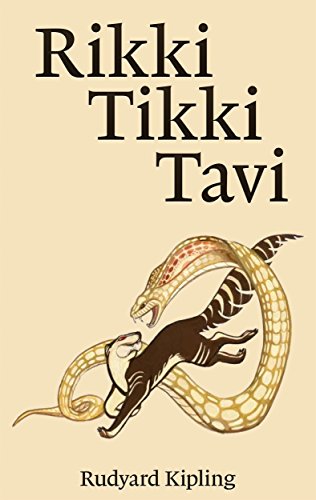 Rikki-Tikki is a mongoose who dares to challenge cobras.

Rikki-Tikki-Tavi is a book made by Rudyard Kipling. The main character is Rikki-Tikki who was a mongoose. He lives with other kinds of animals. In the story, he was fighting a dangerous and deadly cobra (Nag) and his wife (Nagaina), who are so much more powerful than him. This was because the cobras stole an egg from another animal, and he wanted to get revenge by ending both their lives.

The author believes that bravery always unlocks your full potential throughout tough situations. The author implies this when Rikki-Tikki was bounding all round Nagaina, keeping just out of reach of her stroke, his little eyes like hot coals. Nagaina gathered herself together and flung out at him (Kipling 7). This part of the story supports my theme statement because it was about to be the fighting scene, which means that it is when he becomes brave in the moment and fights the cobra by himself.

As the story continues, it gets more intense and the confidence in Rikki-Tikki continues to build up. “‘Nag is dead— is dead—is dead!’  sang Darzee. The valiant Rikki-tikki caught him by the head and held fast. The big man brought the bang stick and neg fell in two pieces! He will never eat my babies again.” (Kipling 5). This quote is related my theme statement because he successfully killed one of the cobras and saved the Tailorbird’s eggs, which means that the bravery payed off after all.

In the end of the story, after he killed both of the cobras, the quote :“Rikki-tikki shook some of the dust out of his fur and sneezed. ‘it’s all over’. He said.” (Kipling 8). Shows that he finally succeeded and that his confidence and bravery all didn’t go to waste, and it worked pleasingly.

In conclusion, the author believes that bravery always unlocks your full potential throughout tough situations, and this story shows it in the motif form many times.

The story “Fish Cheeks”was made by Amy Tan, and this story was about a girl being ashamed of her own tradition, and thinking that she was getting embarrassed by her own parents  when her crush came to the Christmas eve dinner.

My poem shows the concept of the story because it shows how Amy felt at the time of the dinner, and how she felt after as well. It strongly suggests what she things about her tradition, and what she think would be better for her liking. My poem also shows that the conflict is man vs man and in this case man vs society and man vs family because tradition is something you cannot change and it is within the family of Amy and the family of Minister.