Never let the fear of striking out get in your way.

Throughout the second unit of Product Design, students, including myself, mainly focused on developing the skills of ‘Define & Inquire’ and ‘Create & Improve’ by creating diverse types of unprecedented models of a smell detector. This unit’s goal was to promote the creativity of learners from inspirations and render the students to the actual making process.

One dominant inspiration that  I got for my smell detector was from a flashlight. Especially the mechanism of holding the flashlight and clicking a button to light it up.

What was the most difficult aspect of this topic?

The most difficult aspect of this project was getting into an agreement between the two of us. While Alex thought that coloring the robot simply with colored pencils and markers are enough, I insisted that using acrylic paint is the better choice. However, Alex believed that it was too time-consuming. I eventually surprised Alex by finishing the robot in time for Robot Petting Zoo.

What was the most enjoyable aspect of this project?

The thing that I enjoyed very much during this project was properly functioning our robot for the first time. When some object was about 10 centimeters away from our robot’s distance sensor, the robot activated a servo attached to the right arm and made a gesture that meant “hi”.

What did you do well?

I think Alex and I did a great job of thinking about many ideas for my robot. When we were planning what kind of robot we will be going to create and how will the robot work, we had some disagreements. However, I think without those discussions and disagreements between Alex and me, we would not have created the robot that we wanted to make.

What would you do differently next time?

I would have made more parts to move and function next time. When doing the Robot Petting Zoo, I thought just moving robot’s arm is not enough. If I get another chance to make my robot, I would activate the robot’s head to turn around or make the eyes to roll 360 degrees.

What did you learn about physically building a robot?

What did you learn about programming the robot?

Inside part of the robot

What more would you like to learn about the building and/or programming of these robots?

One thing that I would more like to learn about the programming of these robots is using Arduino to program to activate my robot. I have heard that it is way harder than Hummingbird, but I would like to learn about code language and use that language to program my robot. Also, I want to learn how to activate other parts of my robot in a variety of ways. The reason is that when I look at my finished robot, I feel like something is missing. The robot’s motion is too obvious if I knew more about building a robot. I may have built a better robot than this one.

What advice would you give to a student who is beginning of this unit?

My advice for students who are starting this unit, Robot Petting Zoo, is that planning is really important in this unit. I choose to say this because I have experienced some problems affected by my plan and design of my robot. The building is also important, however, if they plan and design their robots well. It will be easier for them to build their robots.

Oh! I have to buy this! (White Cup Insulator)

This white cup insulator is made to keep the thermal energy of the hot water in the cup. The hardest thing about this project was when my insulator didn’t move and didn’t bend like others.  The thing that I would like to change is to don’t use cardboard for my material. I was proud when my magnet stuck perfectly. 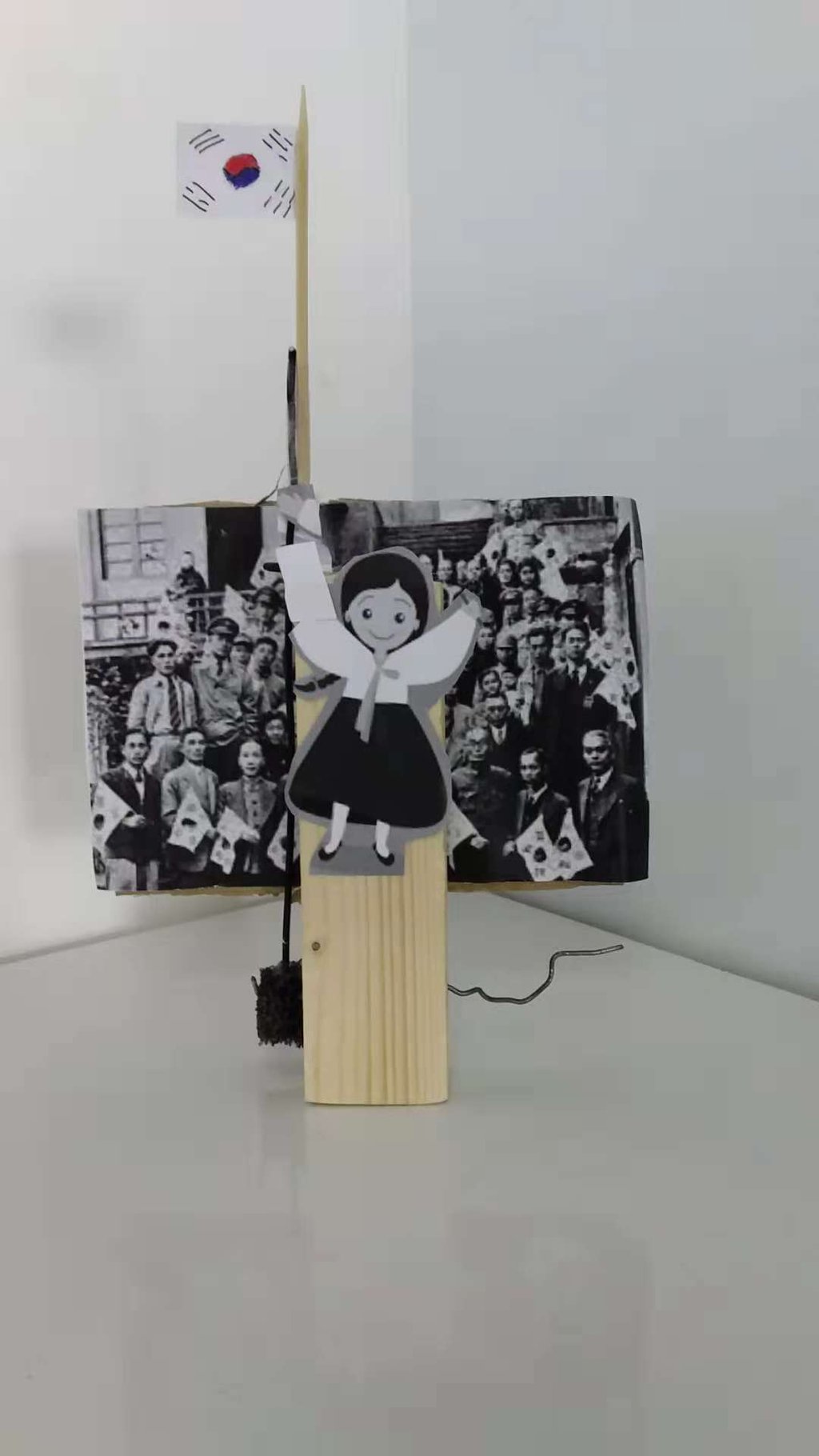 My biggest success was making my automata to work and move my flag.

My biggest obstacle was that my automata’s bottom wasn’t flat and because of that, my automata didn’t stand very well.

Skills that I learned or developed were cutting woods.