January 31, 2019 / nicholas.murrmann / Comments Off on One Day Final Product

One day was so much fun just as expected, we got to take time to have fun while making a song that we worked on for a while. it was fun to be able to work with my friends and talk while also getting work one. i liked the freedom to create any type of genre we wanted to because that allows so much more creativity than than the average classroom. all in all it was a great experience and i cant wait to do it again next year.

January 31, 2019 / nicholas.murrmann / Comments Off on one day preparation

my one day choice was Beat Making. i chose it because i have always enjoyed music mostly singing but never really got into taking classes for it. something like this was a great opportunity to learn a little bit about my passion for music and develop my skills. the preparation for this one day for me was making a beat on garage band and then making lyrics to match. one challenge i faced in that process was making the original base of my beat because garage band isn’t very user friendly. but in the the end i was successful. one success i had while making the song was making a smooth easy flow to my words. all in all i’m very glad i picked this one day and look forward to it.

Off to the rivers we go!

I believe living right next to the water as some did was not the best idea but again living far from the water was even worse.  my reasons for as to why living close to water is better is that. first off it is much easier to farm and to water your crops. because with the irrigation systems that were created the plants were already watered. on the other hand if you were to live far away from a water source you would have to wait for rain and for extra any extra water you needed you would have to collect it with clay pots. another good thing about living close to the water is that it lead to the advancement in man kinds problem solving ability. for example they had to make and perfect a new math concept called “geometry”so they could control and be precise with their irrigation system. also they could control the flood and silt deposits from the river easily anyways with the irrigation flood routes. So this is why I believe they made the right decision living closer to the water. 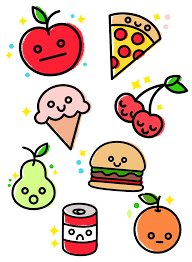 -What are you proud of?

I am very proud of the performance of my cup model that only lost three degrees. another thing is its exterior look.

-What would you do differently?

-What was the hardest thing about this project?

I think it was during the penguin project and it was gluing it all together. Also another hard part was making clean cut nice looking layers because in the prototype I only used one layer because I wanted it to look nice but in the re-design I made multiple layers held down by a sheet of styrofoam creating a nice clean cut look.

-What are new skills you learned in this project?

My precise measuring skills vastly improved during this project because of all the measuring I had to do to make sure the insulator took up a large enough space but not to large  so it would block your lips from drinking. this exact size serves to keep the thermal energy trapped and not have gaps to escape through. this was a class where I also learned to adapt to the materials I had and the tools that were available.

Welcome to ISB Blogs. This is your first post. Edit or delete it, then start blogging!
Please remember that this is an ISB site for your use and you will be held responsible for the content you post.